This past weekend (according to The Tennessean) about 65,000 people from all over the country (and even the world) packed their cars full of tents, sleeping bags, coolers, water bottles, food, and toilet paper and travelled to Manchester, Tennessee for the 2017 Bonnaroo Music & Arts Festival.  I was one of those people.  I’ve been lucky enough to attend this festival for the past four years, and Roo 2017 was nothing short of awesome — I mean a weekend full of great food, friends, and music?  Can it get any better?!

Every year, I make a schedule for myself of who I want to see, and every year, I never get to see everyone who I write down.  It’s impossible!  So, this year I had a couple bands that I made a point to see but for the rest of the weekend, I just wandered.  That has become one of my favorite things to do at the festival. It’s exhilarating to stumble upon great shows that you never would’ve have seen if you hadn’t given into your curiosity.  This year I landed at the Francis and the Lights show.  I had so much fun at it, and I had no idea who he was until after the show was over!  He had so much energy and put on an all-around great performance.  It turned out to be one of my favorites from the entire weekend!

Another highlight from this weekend was seeing Portugal. the Man up close and personal.  While I was taking a break from the festival in my tent, someone who was camping near me posted a video of Portugal. the Man playing right outside our tents on her Snapchat!  I walked outside, and there they were!  The band was filming a video for the song “Feel It Still,” which is one of my favorites by them!  It was pretty freaking awesome.

This year I also did something that I’ve never done before, which was wait in line all day to be in the pit for a headliner.  It was a very interesting experience, but I’m so glad that I did it!  The minute the lineup came out I knew I needed to see The Weeknd up close, and I ended up being about six rows back from the stage.  It was amazing.  I love the Weeknd.  I could rant about that for forever; however, I’m sure none of you would find that at all interesting to read.  While I was waiting in line, I got to see Royal Blood, Milky Chance, and Lorde as well as the Weeknd.  I also got to know so many interesting people that day!  There definitely is a bond that comes with waiting in line for seven hours together. I met a couple that were both in the military, an engaged couple, teenagers who go to the high school my mom attended in New Orleans, a rising senior who was from just outside of Nashville (who let me use her towel to sit on btw — very generous), and so many more.   I think that is truly one of the best things that Bonnaroo provides: a sense of community.  People don’t just talk about how magical a place the Farm is for no reason.  Everyone looks out for each other, and I’ve never been somewhere where I’ve felt so safe in a crowd of strangers.

This being my fourth year attending the festival, I thought I’d pass along some wisdom.  So, here are five tips for any festivals you may be going to this summer or Bonnaroo 2018!

1. Lazy Loungers are the envy of the entire festival.

Lazy Loungers are a kind of inflatable seat.  Lots of people will sit on them in the back of shows if they want to relax.  The real deal breaker with these things is that you don’t need a pump to blow them up AND they’re compact enough to fit in a backpack!  In order to blow it up, you basically have to run around with each side of it open until it fills up with air (this is a video tutorial if you are confused —I certainly was before I saw someone actually do it).  You may look like an idiot, but you won’t be the only one because they’re everywhere!

2. A Camelbak (or any kind of backpack with a bladder) can be a literal life saver.

I cannot tell you how many people pass out at Bonnaroo every year.  One of the cardinal rules of Bonnaroo is “don’t be that guy.”  YOU need to take care of yourself so other people don’t have to!  Also make sure to KEEP IT FILLED.  I learned that lesson the first year I went to Roo.  I was at a superjam with my friends and my brother’s friends that we were all really excited for, and I realized that I had no more water in my Camelbak.  There is nothing worse that being parched and smushed in a hot crowd full of sweaty people.  I ended up having to leave the crowd to get water and wait outside of the concert alone until everyone else was ready to leave — not fun.

3. Wear comfy shoes *that you’ve worn before and often*.

The blisters you get at these types of events are unlike any other blister you have gotten before.  You walk all day long and stand all day long.  If you get a blister in the middle of the day, you’re pretty much done for.  This year, I ended up wearing my Adidas Superstars pretty much all weekend, and they were perfect.  They were already pretty disgusting from how much I wear them, and I really think that’s key.  I hadn’t worn my Birkenstocks since my trip to Uganda in January, and I wore my them one afternoon and got three blisters within the span of a couple of hours.  It was pretty miserable.  I put back on my Adidas before the nighttime shows.

4. Bring lots and lots of glitter!

It is arguably one of the most fun parts about Bonnaroo (as far as your appearance goes).  It is so fun to be able to just douse yourself in glitter and not care about the fact that it gets everywhere!  Everyone is just a sweaty, glittery mess, and it’s awesome.  Whenever I’m wearing glitter, people always ask me if I have any to spare!  I always apply mine at my campsite and leave it there, but if you have any extra, bring it to make someone’s day just a little more ~sparkly~.  Also, I learned a tip from a woman I met at my campground:  Use big flecks of glitter (like mine in the picture above) and apply it with Vaseline to help it stick.  It looks awesome!  Shout out to that nice lady for giving us some of her glitter (it looked cooler than ours!).

5. Battery powered fans will make your tent feel like less of a sauna.

This is an absolute MUST! I also learned this lesson during my first Roo experience.  That year, I slept in a tent with my dad and brother, and every morning, I woke up drenched in sweat.  Some say that it is just “a part of the experience,” but air ventilation is something that I just can’t give up.  I think waking up sweaty while being covered in glitter and makeup from the night before is just about the worst way to wake up. So, if you can, bring one!  Fans are a GODSEND.  If not, wear bug spray and sleep outside of your tent — anything is better than that sauna I mentioned.

Alright, that’s all I got!  I also just want to thank everyone who has been supporting me in this endeavor so far!  It’s been a lot of fun, and I can’t wait for what is ahead.  I’m heading to Honduras today for a mission trip, and I will be writing a post all about that when I get back! 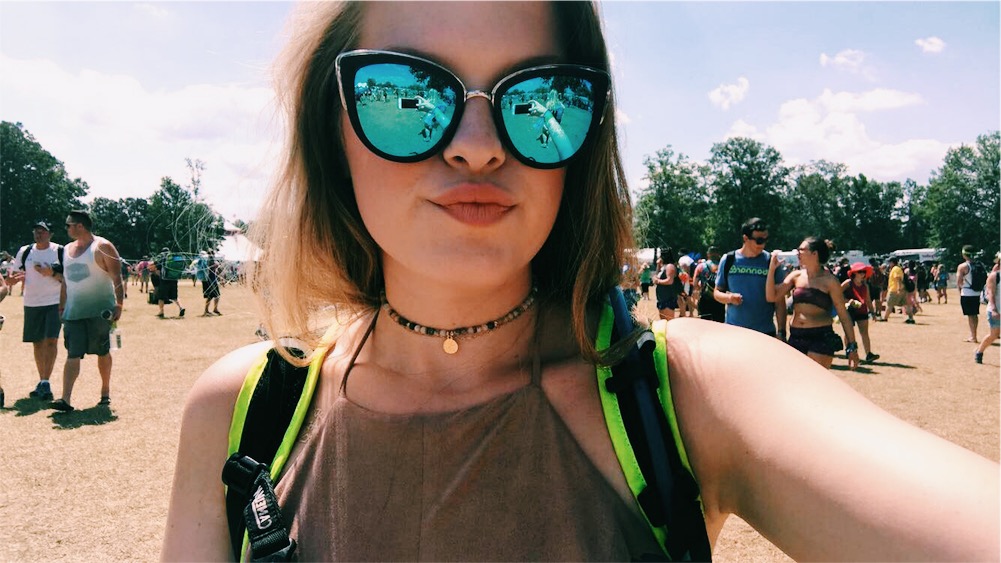 P.S. Aren’t these sunglasses so cute?  They’re by the brand Quay Australia (pronounced like “key”).  I got mine from Nordstrom! 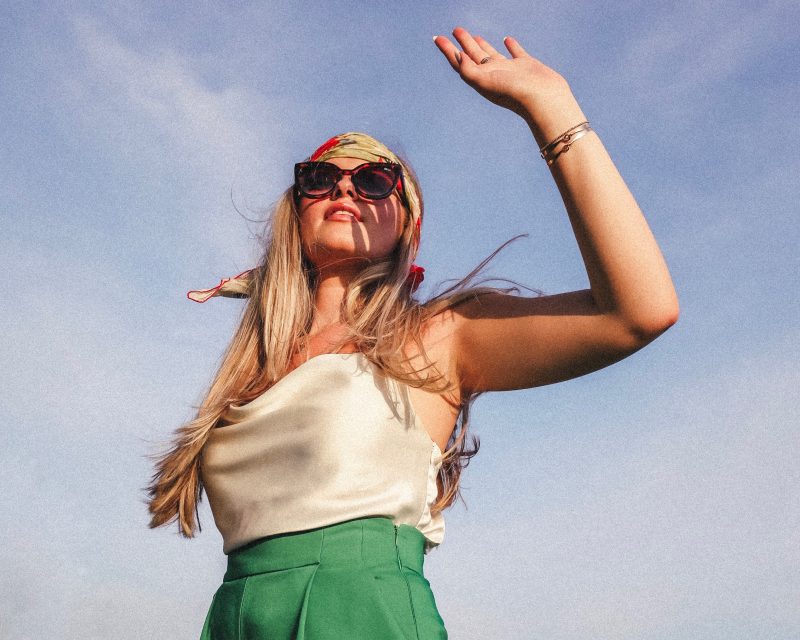